So where did it all begin?

In 2012 I borrowed a SUP board and paddle which led to an unsuccessful trial at Pembroke (lots of falling off) but I was determined to 'do' this...so I persevered.

After buying my own board...and after a fair bit of practice it was time to put this new skills to a fairly difficult test. To be one of two people (with a work colleague) to paddle board the 43kms around Guernsey, which we successfully managed to do in 9 hours and 25 minutes raising over a £1,000 for Guernsey Cheshire Home.

I was hooked.....and so the obsession started to grow, aided by the Jersey Paddle Club following a trip to watch the fantastic Battle of the Rock at St. Brelades Bay. More boards, hooked on SUP surfing, and then the idea of becoming and instructor went from a thought to reality in 2014 with a training course in Poole with BSUPA.

​So I designed a trailer (with the great assistance of Nigel from Motion Welding) and converted my general purpose van and bought a couple of boards. Whenever you start a venture you have no idea whether it is going to be popular or not, but Guernsey really had nothing to offer for SUP especially in respect to instruction, and I felt it was important that people could 'try before they buy' as the kit was / is so expensive.

So plenty of boards later...2 more Battle of the Rocks which included some racing, and in May 2016 I become one of only 250 BSUPA Level 2 instructors in the UK with over 700 hours of SUP tuition completed.

In 2017 we had 3 BSUPA instructors and a yoga instructor, 12 single boards, 1 Jumbo 6 man board, a safety dinghy, a van full of wetsuits and buoyancy aids and hundreds of hours experience that we would love to share with you.

All of this would only be possible because of a number of people who have supported Guernsey SUP, on and off the water, who are to numerous to mention individually, but you know who you are. However, without my wife Alex, and our kids Jamie and Mia together with Kirsty, Simon and Alice none of this would be possible, so a great deal of thanks has to go to them.

Also thanks must go to the Guernsey Wahine's who are a fantastic group of ladies that were first taught by GSUP in 2014 and 2015 and now they meet weekly during the summer to paddle together. They have been really supportive of GSUP and continue to prove what can be achieved.

So...we go again for another season and we look forward to seeing you on the water. 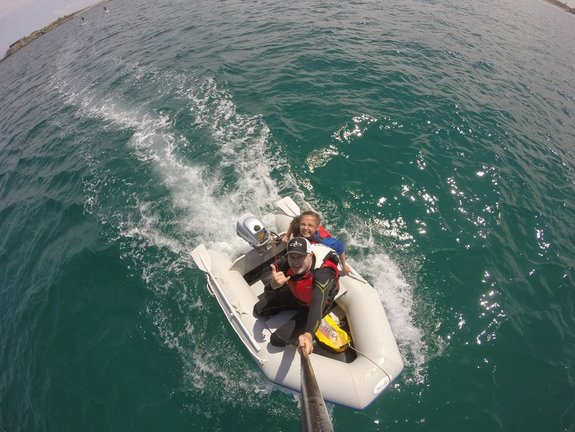